Forget the Galaxy Fold, we could get the Samsung Galaxy Roll 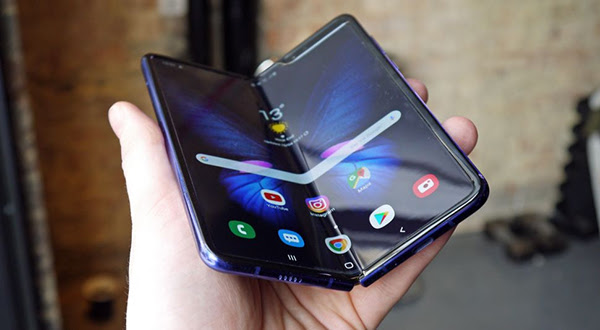 The Galaxy Fold (pictured) may not be the future of flexible smartphone form factors (Image Credit: TechRadar)

The issues with the Samsung Galaxy Fold are well-documented, but perhaps the hinged form factor isn’t what the future holds for expanding screen smartphones – maybe we’ll get something like the Samsung Galaxy Roll (a name we’ve coined) instead.

That’s based on a new patent filing which has been made publicly available, which details a Samsung device with what appears to be a vertically scrolling display which can slide in and out of the handset’s body.

Samsung filed the patent on November 28, 2018 (so before the Galaxy Fold troubles), but it has only now been published online.

This website uses cookies to improve your experience while you navigate through the website. Out of these, the cookies that are categorized as necessary are stored on your browser as they are essential for the working of basic functionalities of the website. We also use third-party cookies that help us analyze and understand how you use this website. These cookies will be stored in your browser only with your consent. You also have the option to opt-out of these cookies. But opting out of some of these cookies may affect your browsing experience.
Necessary Always Enabled
Necessary cookies are absolutely essential for the website to function properly. This category only includes cookies that ensures basic functionalities and security features of the website. These cookies do not store any personal information.
Non-necessary
Any cookies that may not be particularly necessary for the website to function and is used specifically to collect user personal data via analytics, ads, other embedded contents are termed as non-necessary cookies. It is mandatory to procure user consent prior to running these cookies on your website.
SAVE & ACCEPT